(November 10, 2016 )
The City of Vancouver announced the details of the empty home tax which will take effect January 2017.  “Vancouver is in a rental-housing crisis,” Robertson said. “The city won’t sit on the sidelines while over 20,000 empty and under-occupied properties hold back homes from renters.”
The measure is among efforts to make housing more accessible and affordable in Vancouver, ranked the world’s third-most-livable city, and has drawn attention for its sky-high prices fomented by global money flows. Public scrutiny has focused on absentee landlords, particularly from overseas, who are accused of sitting on investment properties where windows remain dark throughout the year.

In August, the provincial government imposed a 15 per cent tax on foreign buyers, and last month the federal government tightened mortgage insurance eligibility requirements. The city of Vancouver has focused its efforts on the rental market, where vacancies can get scooped up within hours while bidding wars drive up leasing costs.

Robertson estimated that more than 10,800 homes are empty and 10,000 more are not fully used. The city expects that instituting the tax will boost the supply of homes available for lease to the point that the vacancy rate increases to about 3.5 per cent from 0.6 per cent currently.

The city will allow certain exemptions to ensure that most homeowners who are Vancouver residents, including those who spend their winters at nearby ski resorts, won’t be affected. Principal homes, as well as properties that are rented for at least six months of the year on 30-day minimum leases, won’t be taxed.

Homeowners will self-declare whether their property is a principal residence or a secondary investment. People who pay the new tax late will face a 5 per cent penalty, while those who don’t declare will automatically be taxed. Falsely declaring that a home is occupied or that it’s a principal residence could lead to a maximum fine of $10,000 a day for as long as the offense continues, according to the mayor’s office. 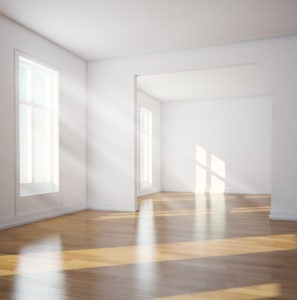