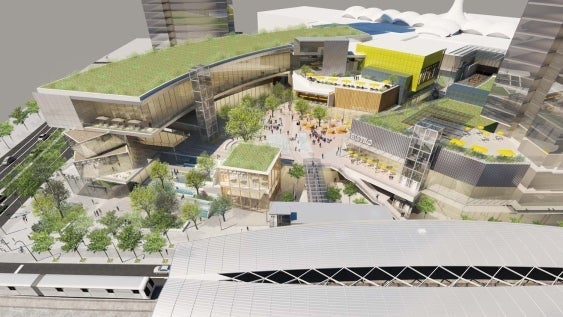 Look, up in the sky! It's a bird. It's a plane. No, it's the new Brentwood Town Centre.

The North Burnaby mall is undergoing a complete redevelopment and Shape Properties, which owns the centre, has dubbed it "The Amazing Brentwood."

Unveiling the first ever Pool Bar & Nightclub in the city, Trump International Hotel & Tower® Vancouver is set to become the most sought-after scene for global jetsetters, international tastemakers and the next generation of fashionable elite. This lavishly designed space will entertain the most coveted VIP parties and draw celebrated DJs from across the globe creating the preemin... read more.